Where has the summer gone?

My communications have been more sporadic than I’d like.  It has been tricky/difficult to stay on top of them.  Thank you to all of you who keep asking for them.

This is a glorious weekend to say goodbye (unofficially) to summer.   The kids are excited (scared, nervous, sick) at the start of a new school year and the Toronto Real Estate Market is ready to launch into the fall market.

Typically in the 2nd week of September we see a rise in housing inventory. Both buyers and sellers are back from holidays, camping and cottage weekends etc.  The rise of listings continues to about the end of November or just past.

I expect this to be another record breaking fall.   Maybe not by unit volume, but by sale price.

While this sales result was 23.5 per cent above the number of transactions reported for August 2015, it is important to note that the majority of sales are reported on working days and there were two additional working days in August 2016 compared to 2015.  When the year-over-year discrepancy in working days is accounted for, the annual percentage change in sales is closer to 13 per cent.

“The conditions underlying strong demand for ownership housing remained in place, including a relatively strong regional economy, growth in average earnings and low borrowing costs.  Unfortunately, we did not see any relief on the listings front, with the number of new listings down compared to last year.  This situation continued to underpin very strong home price growth, irrespective of home type or area,” said Mr. Cerqua.

The MLS® Home Price Index (HPI) Composite Benchmark for August 2016 was up by 17.2 per cent on a year-over-year basis.  Similarly, the average selling price for all home types combined was up by 17.7 per cent on an annual basis to $710,410.  Both the MLS® HPI benchmarks and average prices for low-rise home types were up by double digits percentage-wise.

“Population in the GTA continues to grow.  The resulting growth in households coupled with favourable economic conditions and low borrowing costs means that we remain on track for another record year for home sales.  Against this backdrop, TREB will also be releasing new third-party research, and consumer and REALTOR® survey results throughout the fall and winter, with discussions focusing on foreign buying activity and issues affecting the supply of ownership housing,” said Jason Mercer, TREB’s Director of Market Analysis

(Reporting by Ethan Lou in Toronto; Editing by Dan Grebler and Meredith Mazzilli)

Home sales in the Vancouver region’s heated housing market fell 26 percent in August on a year-to-year basis after the province introduced a tax on foreign home ownership, the Real Estate Board of Greater Vancouver (REBGV) said on Friday.

In a statement, the board said August sales totaled 2,489, down from 3,362 in the same month last year. That decrease followed a 19 percent year-to-year decline for sales in July.

A benchmark of home prices in the Vancouver area jumped 32 percent over one year to hit C$917,800 ($705,967) in June. Foreign buyers have taken the brunt of the blame for the runaway market, though factors like low interest rates also play a role.

The home price benchmark gained slightly to C$933,100 in August, a 4.9 percent increase over the last three months, according to the board.

“The record-breaking sales we saw earlier this year were replaced by more historically normal activity throughout July and August,” REBGV President Dan Morrison said in the statement.

“The new foreign buyer tax appears to have added to this trend by reducing foreign buyer activity and causing some uncertainty amongst local home buyers and sellers.”

In my own dealings I have already seen a spillover into the Toronto market as a result.   On several of my listings, I have seen a Foreign buyers are turning their attention to Toronto.   I feel that it’s only a matter of time before Toronto implements a similar type of tax.

Disclosing a death prior to selling

Are agents required to disclose prior death within a property? One real estate legal expert has the answer.

“Licensees often ask whether a death at a property must be disclosed by the seller, be it death by murder, natural causes, accident or suicide,” lawyer Jennifer Clee, an instructor with the British Columbia Real Estate Association, wrote in her regular column for the association, Legally Speaking. “The simple answer is no. However, there are practical considerations that may make disclosure of such events beneficial to the seller.”

Sellers and agents are required to disclose “latent defects” – contributing factors that impact the quality and value of a property.

However, events such as suicide or murder – and even claims of hauntings – are considered stigmas and do not impact the actual value of a property in British Columbia.

In these cases, sellers aren’t required to disclose the details.

“It is the buyers’ responsibility to ask questions about any personal considerations that could affect their enjoyment of a property,” Clee wrote. “As stated in Summach v. Allen: … ‘to allow defects to be determined by individual preferences would open the floodgates of litigation by remorseful purchasers and create an impossible standard of disclosure for vendors.’”

And if a potential buyer inquires about any such occurrence, the buyer is under no obligation to disclose information, according to Clee. However, the seller “should” decline to answer, rather than outright deny it.

As for agent responsibility, it’s a little more complicated. According to Clee:

A seller’s agent is not required to disclose a stigma to a buyer unless:

So the question should to be asked: As a selling agent, do you disclose events such as murders or suicides to potential buyers? – I would FOR SURE!

The all too elusive Detached Home will get even more difficult to obtain (not a bad thing). 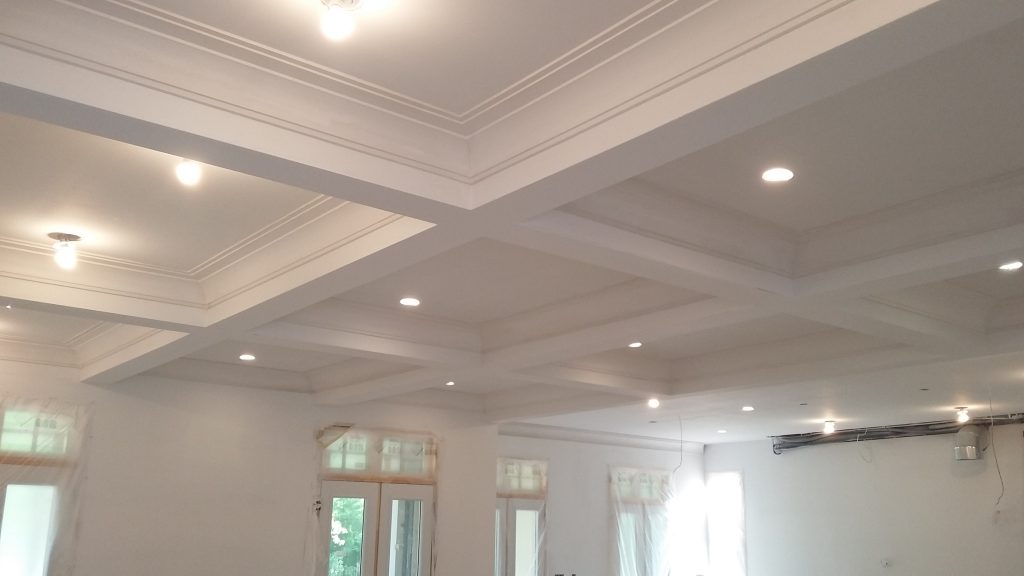 –          Our construction has started and excited time.  We are now working on the finishings.   We are still at least 3-4 months from move in but it is motivating to see progress.

–          This week the tile setter started laying tile in the mud room and two weeks all our bathrooms will be complete as well.

–          Yesterday (Saturday), the finished carpenters started on the trim work.