Good morning everyone and happy Friday!

I like the fact that at 7am there is daylight again but evening darkness at 5pm is tough.

Believe it or not this has an impact on the real estate market.  Quite simply, homes are better to be viewed during daylight hours. Showings tend to slow down and fewer sellers put their homes on the market for sale.

“The GTA home ownership market has been broadly characterized by a rebound in sales since the summer. Market conditions have been tighter in some market segments more so than others. Ground-oriented homes listed for below one million dollars in some areas of the GTA have been especially popular with buyers, while listings for these home types have been constrained,” said Toronto Real Estate Board President Dianne Usher.

“The supply of listings for many home types and price points has either been down year-over-year or at least not up by the same annual rate as sales. The additional Land Transfer Tax in the City of Toronto and the removal of the government guarantee on high ratio mortgages for home purchases over one million dollars have arguably led many homeowners not to list,” continued Ms. Usher.

“Growth in the average selling price and the MLS® HPI Composite Benchmark will continue through 2014. Inventory levels for ground-oriented home types will be low from a historic perspective and home ownership demand will stay strong as affordability remains in check due to the continuation of accommodative borrowing costs,” said Jason Mercer, the Toronto Real Estate Board’s Senior Manager of Market Analysis.

Homes of the Rich and Famous

Sometime last year, Mark Zuckerberg learned, reportedly, that a developer was seeking to purchase a property nearby the Facebook founder’s Palo Alto, Calif., home, with the intent to later use Zuckerberg’s celebrity to help resell the home. So Zuckerberg did what anyone worth nearly $17 billion might. For $30 million, he bought up not just the home targeted by the developer, but three others, as well, to ensure the lots surrounding his would never fall into the hands of star seekers.

Zuckerberg, for his part, does not wish to play landlord — he will lease back the homes he bought to their current residents. In honour of the Facebook boss’ home-buying spree, MSN looks at the unusual real estate portfolios of some of the world’s richest people — from those with private tropical islands to those with downtown penthouses fitted with bulletproof glass.

For Canadians who can’t make it to France, consider taking a drive north of Toronto, where a replica of the famous Palace of Versailles sits in glorious splendour. The 24,000 square foot estate in Vaughan, Ont., was built by a Canadian couple who wanted to have their first kiss as newlyweds on a balcony that mirrored that of the original palace. It features opulent staircases, gilded ceilings and even a fountain out front that’s similar to the original in France. The six-bedroom, 12-bathroom replica is for sale for nearly $18 million. 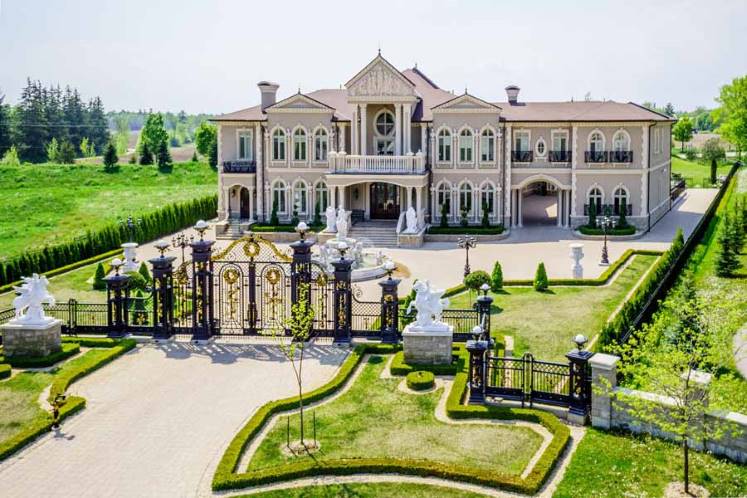 This feature highlights the odd real estate pursuits of billionaires, and so far we have detailed gaudy mansions with helipads and penthouses that cover multiple floors of buildings. But odd, by definition, means out of the ordinary, so how could we omit the home of one of the world’s richest men? Warren Buffett, the fourth-wealthiest person on earth, does not live in an estate appropriate for a man of his wealth. Instead, 83-year-old Buffett, lives in the same house he purchased for $31,500 in 1958.

To be fair, Buffett’s Omaha home is very nice — it spans two stories and today would be valued around $250,000. It has no Olympic-sized pool, marble staircase or underground health club, but Buffett’s home may be the most peculiar of all when it comes to billionaire real estate. 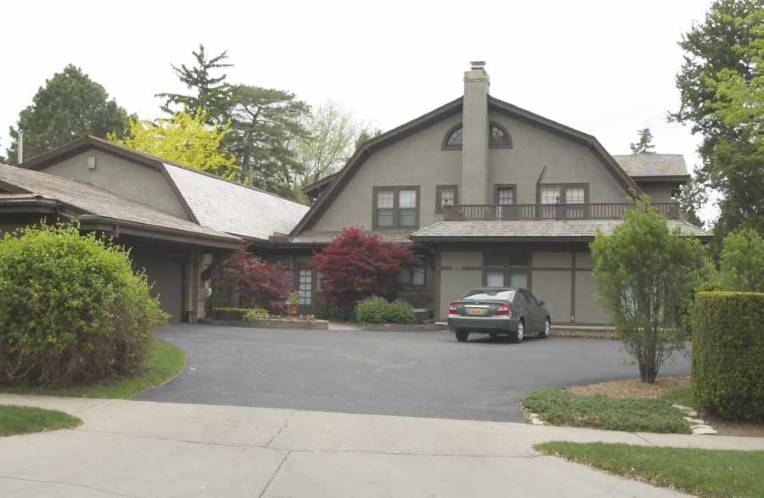 In India, two Bilionaires have built Skyscraper residences over looking the slums of Mumbai (they were trying to out do each other).  Literally, each entire building is the home!  It takes a staff of 600 full time employees to run each building.